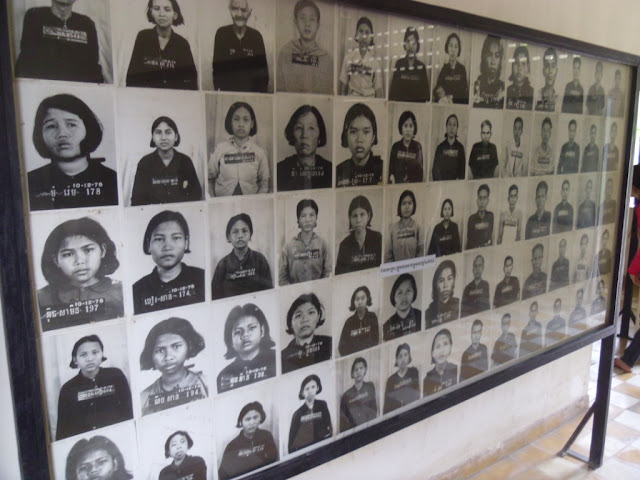 Holding Hands With a North Korean

As some of you know, it was my birthday yesterday (this is Talia, by the way). I've had birthdays away from home before, in Hawaii, Argentina, and China, but never one so amazing as this one.


The birthday festivities continued with massages (Cambodian and Japanese), a pedicure, swimming at a nice hotel, real lasagna for lunch, a riverside walk, Legos, a personalized towel, and the best companion a girl could ask for.

As you can see, there was quite a lot going on for the birthday celebration. In a city like Phnom Penh, you can pretty much find anything you would want to do on your special day. However, my favorite part of the birthday weekend was the dinner we had the day before my actual birthday. See, we had dinner at a North Korean restaurant, staffed completely by North Koreans. Now, as some of you may know, North Korea isn't really known for its liberality in letting people leave the country, so it was quite a treat to be served traditional dishes (yes, that includes dog) by actual North Koreans.

The girls were lovely, taking moments from serving us to perform on stage. Our waitress was a drummer. Others played guitars, keyboard, sang, or danced.  We enjoyed the performances immensely, and soon we were nearing the end of our meal.

However, as I was chopsticking a few noodles from the serving bowl to my plate, the music changed, and all of a sudden I was surrounded by Korean women, a bouquet was in my arms, and more flowers rested on my head.  They were singing Happy Birthday to me, and then pulling my arm to join one girl on stage as she sang in Korean. We held hands and marched back and forth to the beat of the lively song. When the song ended, I returned to my seat, giddy from the experience.


Now, I'm pretty sure that most people have been at a restaurant when their family or friends tell the waiter it's your birthday, and you sit there in humiliation as the waiters gather round to sing you their non-copyrighted version of Happy Birthday. But this was different. It was so much more than just another birthday song.