5 Things You Learn on a Winter Tour of Mongolia 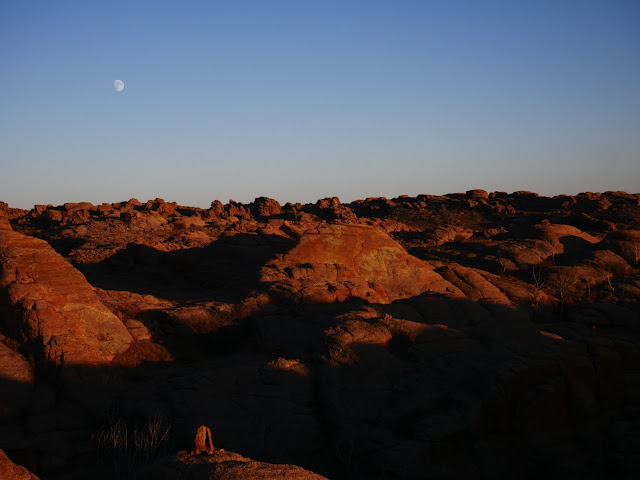 Our journey of Mongolia began on November 1, 2017. We had no idea what was in store for us as we piled into an old Soviet van with our driver and guide. We thought we knew; but we did not.


We met two other traveling couples on the train into Mongolia from Russia a couple days before and decided we would all take a tour together to make it all a bit cheaper on ourselves. We were lucky to find the best deal with Golden Gobi Tours, who we highly recommend. The prices were the lowest around, our guide was amazing, and our driver was hilarious and good-natured, even when the roads got rough.

Back to the adventure.

We traveled together for 16 days, which doesn't sound like a whole lot, but you'll soon see that it can be. Here are 5 things that happen to you when on a tour of Mongolia in winter.


Every seat in the van was filled: 3 touring couples, one guide, and one driver. That's 8 people, which isn't so bad. But then on the first night it really hits you that you will be spending 16 STRAIGHT days with everyone. With the exception of the odd shower (which we will get to in a minute) or the rare chance for a lone walk, there isn't really any privacy.

Each night is spent in a yurt that is graciously offered by a family for a small, voluntary sum of money, which is given by the guide and included in the price you pay for the tour. Occasionally it will be a spare yurt for the purpose of hosting tourists and you will find 5 or 6 twin sized beds. In the circumstances where there weren't enough beds for each of us, we shared, which suited us fine as we were all couples and appreciated the body heat anyway.

In this yurt there are no walls or separate rooms - it's a large round tent, basically. We learned quickly that seeing each other in our underwear is not really a big deal.


Next comes the toilet issue. Sometimes you'll be blessed with an outhouse - three walls, a door, maybe even a toilet. Other times there will be three walls and no door, maybe no roof. And, quite often, you'll be blessed with all the privacy the great outdoors has to offer, which is to say, not much. Indeed, while on the road, we stopped for lunch or toilet breaks which required us girls to find a slight hill we could duck behind. Otherwise, my SheWee was a godsend.

Check out this video for a glimpse at one of our more rustic toilets. You can't beat the view, though!


While we did our best to remain a bit hygienic with the use of wet-wipes and hand sanitizer, things like showering, combing hair, and even brushing teeth became slightly optional in our eyes.

In the whole of our trip we were able to take 2 showers, one on day 4 and the other on day 7. That means that for about 10 days we didn't bathe. Sounds awful, right?

Actually, you get used to it. It wasn't awful. Since we were traveling in the winter, it was quite cold and even in many layers we didn't sweat so bad, which meant we were able to get away with wet wipes for the underarms and a bit of deodorant. Greasy hair was no big deal, since we wore hats daily anyway.

At night after dinner our priority became lighting the fire and staying warm, so going outside unnecessarily to brush our teeth became more of a hassle than it was worth. So we stuck to morning only, and nobody judged anyone for it.

3. The Cold Becomes a Part of You

The first day we stopped for lunch and really began to wonder what we had gotten ourselves into. Our guide, Boggi, made us sandwiches and we struggled to eat them with our numb fingers. We tried to keep our gloves on, which resulted in a few dropped sandwiches, much to the dismay of Boggi. Somehow we fumbled through and struggled on. It was then that we leaned lightly on the local liquid fire to keep us warm.


We dealt with the cold as much as we could, and we could often forget it. But there were certainly days when our feet were freezing from walking a lot in the snow and sitting in the mostly-unheated van did nothing to help warm us up. The soreness in my toes from the constant cold was something I really struggled with. Ricky and I even had to purchase boots from a market to combat the cold.

A lot of the time it felt like we would never get warm. It felt like we were doomed to feel stiff and frozen for the rest of our lives. The moments of sipping on hot camel milk around the stove were moments we lived for.

4.  You Realize Sleeping Through the Night is a Luxury


For over 2 weeks I don't think we slept through the night once. We were exhausted, sure, but sleeping wasn't really an option most times.

First, the aforementioned cold slipped into your bones at night and just kind of settled there. Therefore, keeping the fire going was of utmost importance. In the beginning, we were told not to touch the stove so we didn't hurt ourselves. So we usually woke around 3 or 4 am when the fire went out and froze until someone of the household came in around 7 or 8 to relight it for us. After a few days of this, we insisted that we wouldn't burn our hands off or otherwise harm ourselves if we took care of the fire. We were then entrusted with spare fuel to get the fire going again.


If you were lucky enough, someone else would wake before you to light the fire. I was not one of those sleepers and was up a lot with the fire. Sometimes I would catch it before it went out completely and could just throw on a couple more pieces of wood or goat dung. If not, the process had to be started from scratch, which required fumbling for a lighter and kindling in the dark. This caused such a ruckus that even if you weren't the one who woke to light the fire, you certainly would wake with the noise of the person who was.

It didn't take us too long before we had a system of making everyone aware of where the flashlight, lighter, and kindling were so anyone would be able to do the fire. I got really good at making a fire, which is not a skill I ever really had (or needed) before.

Aside from the cold and the fire, there were the sounds. Wolves. Cows. People. Goats. There was never really silence at night.

The beds were also not the most comfortable things, so tossing and turning was inevitable, and then so was getting tangled up in your sleeping bag, having a zipper lodged in your back or your face.

And God help you if you had to pee in the middle of the night. Even in places where there was a proper outhouse you would never want to walk that far. Just behind the yurt was far enough, and sorry for whoever was sleeping just inside of your chosen location, for they would definitely hear it.

5. You Realize That People are More Important than Things


Each night we were at the mercy of the Mongolian people. Only once did we have a prearranged place to stay. Every other night we drove in the general direction of our destination and looked for a light in the distance of a family that might have room for us. Never once were we turned away. We were invited to stay in the second yurt, or on the floor of the family yurt. And each evening, before bed we would gather with the family who would offer us bits of hard sheep cheese, or warm fermented mare's milk. They would offer us dried pastry or penny candy or milk tea.

When we asked our guide why everyone was so nice to us when they didn't know us or her or the driver, and why they didn't charge us a lot of money to stay there, she simply said that "They only see people in need. They will help any person."

They weren't out to make a profit off of foreigners and they offered us what they had without reservation.


At one place we stayed, a couple of boys seemed to appear out of nowhere as we got ready for bed. We thought they were the children of this family that maybe had been out doing chores. They were sweet and we all had a good time together that night.

The next morning we were asked if we could squeeze in the van to make room for the boys so we could take them home.

Take them home? Weren't they home?

It turns out that they were simply walking from their school in the village to be home for the long holiday weekend. They still had many kilometers to go when they passed the family at 9pm. The family immediately took them in so they didn't have to walk so far at night when it was too dark and unsafe. There were no questions, no dangers, and nothing to offer in exchange. It was simply to help two young boys.

We even got to pay it a little more forward by helping a few vehicles out of the snow and ice along our journey.

We learned a lot from our time in Mongolia, but this is the lesson that will stick with us the most. People are people everywhere and nowhere had we seen such equal treatment as we did in the Gobi desert. The world would be much better off if it learned a little from the simple nomads of this amazing, breathtaking country.


If you're interested in seeing more of our adventures here, check out our Mongolia vlogs HERE.

What have you learned in your travels? Leave us a comment below and let us know the lessons traveling has taught you!