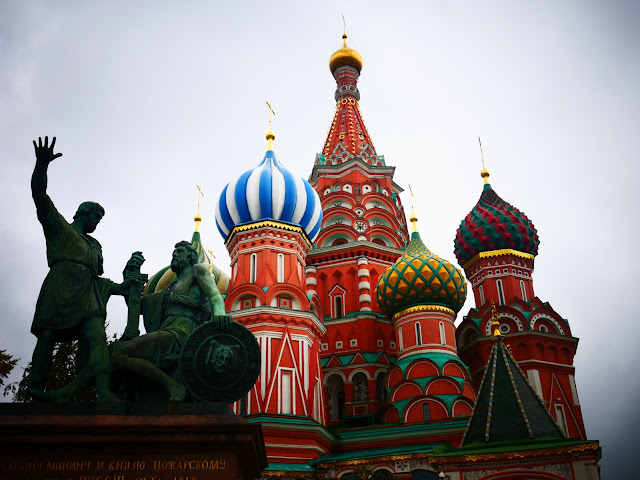 At the beginning of October 2017 we entered Russia, unsure of what to expect. Except that's not actually true. We had lots of expectations of what Russia would be. Problem is, we were wrong.


We've written about Russia before, which you can read HERE, but we feel like we need to talk just a little bit more about it.

See, Russia gets a bad rap. It's constantly in the news for political meddling, human rights violations, and bad driving (one of Ricky's favorite past times is watching Russian dashcam videos on YouTube. Huh.)

But something we were reminded of, something that we've seen time and time  and time again, is that people, individuals, constantly defy what their government is known for or how their culture is portrayed in the media. People are not their country.

We expected the Russian people to be cold, strange, even mean. After all, what did we have to go on besides memes and the news?

As soon as we arrived in St. Petersburg, our expectations of the people were immediately challenged. We arrived to a different bus station than what we thought we were so our directions to the hostel were useless. We were lost and hungry, and it was raining heavily. We wandered for a while without access to the internet for better directions. Soon we arrived at a bus stop where I asked a lone man if he knew how to get to the road that our hostel was on. He did. He got a map on his phone, let us take a picture, and explained in detail how to arrive at our destination. His English wasn't great, but it was good enough, and he was trying.

As it turned out, he was headed our way. When the only buses that came were either the wrong one or completely full, he sad to follow him to take a tram at a different stop. We're not sure if this was best for him too, but he seemed more intent on helping us out. We followed him to another stop and he got on the correct tram with us, told us when to get out, and which road to turn down.

We finally arrived at our hostel, which, for a while there, seemed like an impossible endeavor.

Our experiences with the people continued on like this. Generally, the people were not smiley or talkative, but as soon as they see you need help, or as soon as you ask a question, they are there to help you out.

We were assisted, often without asking, with buying tickets, finding trains, finding directions, everything.

We were floored by the kindness and openness of the people and even made a few local friends in the hostels we stayed at.

We did not expect Russia to be as pleasant as it was. Sure, it was cold and often quite rainy, but that didn't matter. People were warm and friendly.

It has definitely been a highlight of our trip so far, and the country has made it to our list of must-see places for other travelers.

For a short view into our visit to this amazing country, watch the video below!


Have you ever been to Russia? What surprised you the most? Let us know in the comments!