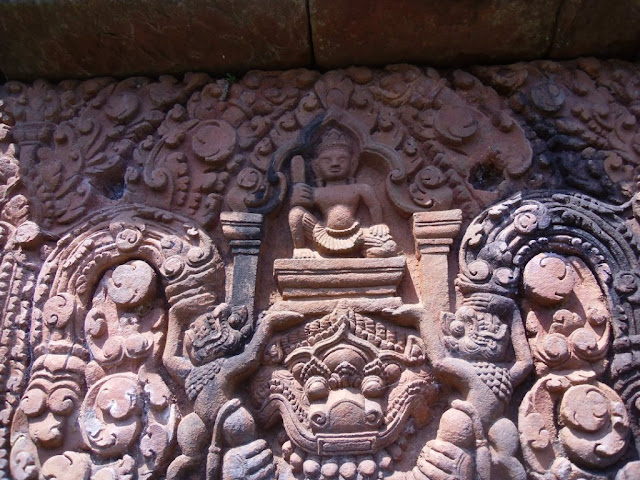 In south East Asia there are a lot of ruins from an era known as the Angkor era. This was a time around 800 a.d. when a King in what is now Cambodia started expanding his empire into what is now Laos, southern Vietnam and eastern Thailand.

This period in time left a lot of amazing ruins and structures around these countries which attract a lot of tourism with the most famous one being Angkor Wat in Cambodia, the head of the Khmer empire. 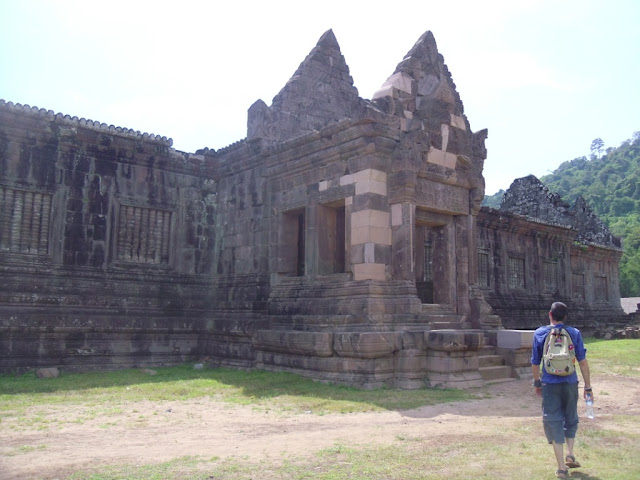 A couple of days ago Talia and I visited one of the ruins of this period in southern Laos, ruins called Wat Pho. We hopped on Talia’s bike as we normally do for our short spins and got under way. We drove an hour or so and crossed the Mekong river on a little catamaran type raft with the motorbike and drove the rest of the distance. 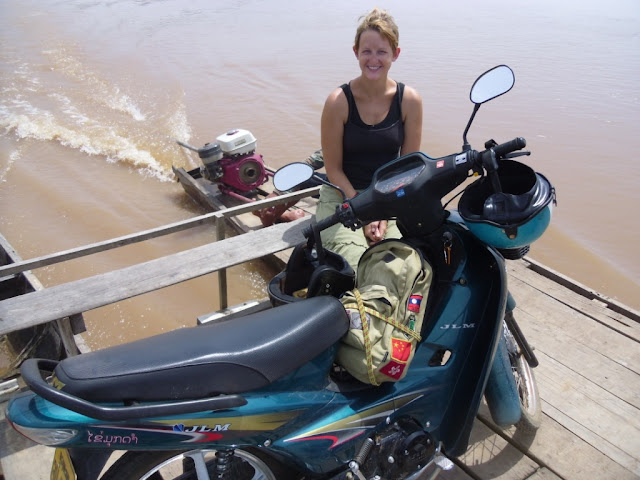 Now as many of our readers know, Talia and I have kinda had enough of paying extortionate entry fees along with a load of other little payments here and there for parking, tolls etc. which annoy me to no end. For more detail on our hatred of busting out the wallet, see here.

Well this day was no different.

As we pulled into the parking area for the site we woke a guy sleeping in a little shack near the entrance. As he awoke, and we parked the bike, he sleepily scribbled a note and wandered over to us. He handed us a ticket charging us 3000 kip to park our motorbike inside this car park. Well needless to say that didn’t happen, and I pushed the bike back out the gate and onto the grass, right in front of this guy’s hut. I figured a sleeping Laoman would be just as good as no protection! 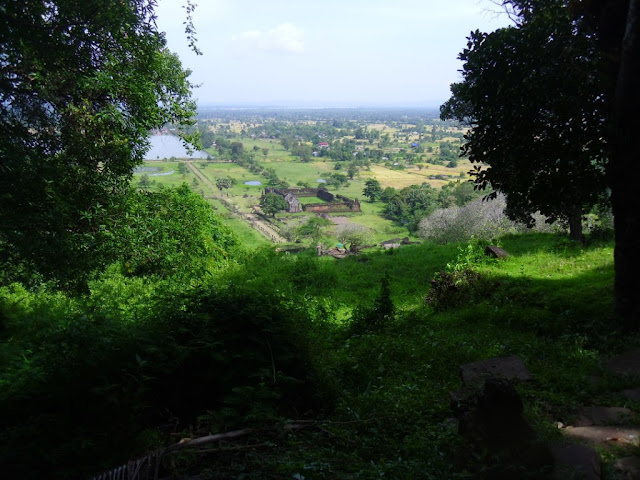 We saw a museum-like building which had an entrance fee written on it so we decided to take a different entrance, thinking it might be cheaper. After talking to a passing Dutch couple we discovered that we had just gone in the exit and gotten in for free! 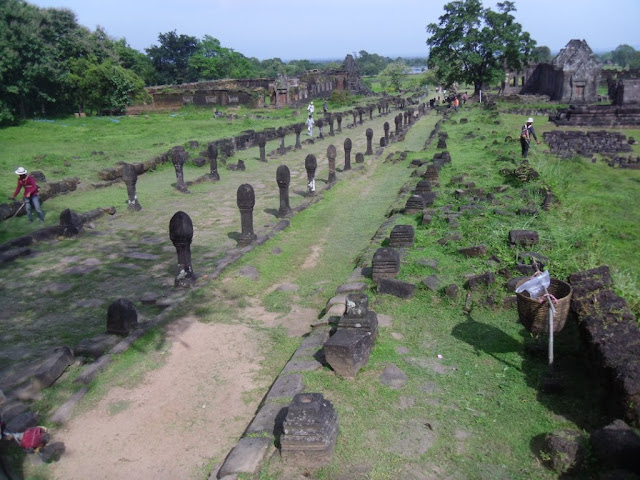 We were happy to have saved ourselves almost $10 as we looked at the ruins and philandered about. We entered one “restricted area” to have a look around and couldn’t really see what made it so restricted, but the massive thrill of it all and the view of these ruins from the inside made our visit a little special (albeit illegal). 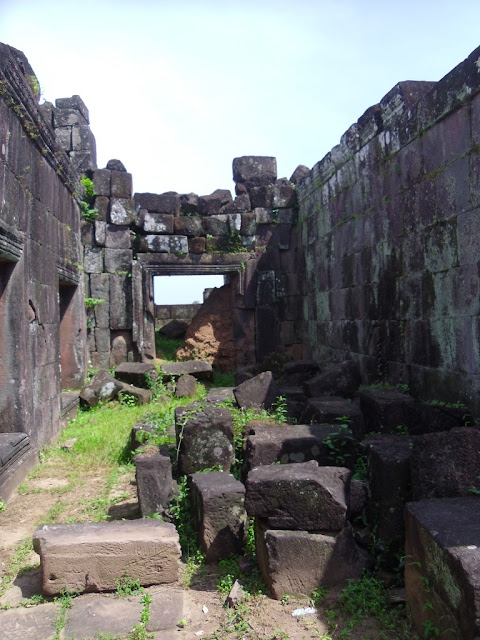 A long climb up some bumpy steep stairs (a bit like the stairs in China in the movie Kill Bill, except a lot steeper and older!) and we reached a small temple at the top of the holy mountain behind the ruins. As I reached the top of the stairs there was a couple sitting there looking at me dripping in sweat and trying to catch my breath in the scorching heat. 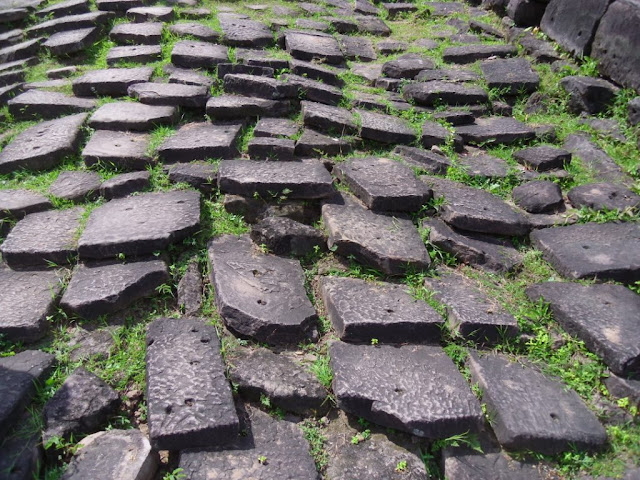 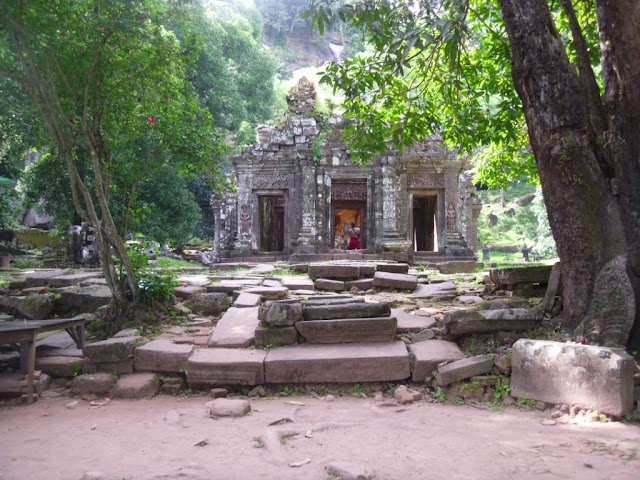 Here is a 360 photo of the ruins, and another one of inside the temple used for worship.

As it turned out they were a Spanish couple and were very pleasant. We chatted for a while and saw the rest of the sights together before going off our separate ways.

P.S. If any of our readers would like to check it out, the Spanish couple also had a blog at mamaestamosbien.blogspot.com, some of the posts are in English and some are in Spanish. Also the name is epic! It means “MA! We're ok!”…….. .com…… one of the best blog names I’ve seen!