So when we travel we don’t necessarily travel with a destination in mind. We have a rough idea of a route, but not a destination. By which I mean, we leave on city with the intention of going to the next largest city along the route, not knowing what or if there is anything to see or do there.

When we arrived in our current city, Savannakhet, two days ago we knew a little bit about it. There is a dinosaur museum and a national museum. While we were taking our stroll through the town later that day however we found out there is a lot more to offer. We found the tourist information office (Which in Laos is simply a rip-off tour operator who may or may not give out information for free) and outside we saw a map with some places of interest.

One of these places of interest was “monkey forest”.

So, us being us, we got on the bikes and went straight there the following day. The ride was long and arduous, with potholes big enough to hide medium sized farm animals and deep enough to snap the front suspension on the bikes, making the ride a little unpleasant,  apart from some off-road sections we found, like when we rode through a pool of water next to a dam with a lake behind it.

After an hour and a half of trying to find it we finally got there. At first we spotted just a couple of little monkeys up in the trees hiding, making me think that this place was going to feel more like a zoo than a true “monkey forest.” Talia took some of our packed lunch apples out of our day pack and gave small chunks to the nearest monkey, but within a couple of minutes, or maybe it was seconds (it all happened so fast!) we were almost overrun. Monkeys came from EVERYWHERE and gathered all around us. 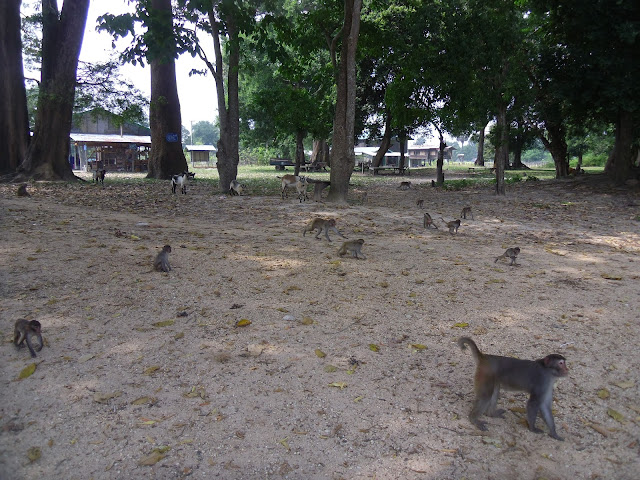 When a monkey was displeased with us, it bared it’s teeth in a sort of menacing smile, and then I remembered that I had heard somewhere before that bearing your teeth is a sign of aggression to most primates. Not smiling is difficult when you’re surrounded by such amusing creatures but we did our best so as not to freak them out.

Instead, they freaked us out. There were points of our walk through the forest when we were genuinely frightened. Check out this video of tons of monkey running out of the forest at us.

After that, big papa came over and scared off all the other monkeys and continued to hassle Talia for apples. At one point, she was pretty scared and I had to talk her through getting out of the situation.

We walked along the path and ran into this.

A bit later we decided to eat our packed lunch sandwiches at a table outside a Buddhist temple. Of course, the monkeys wanted in.

When we had finished lunch near the Buddhist temple, Ricky was feeding a piece of apple to a large female, but she apparently wasn’t very impressed, because she grabbed his arm, scratching him and drawing blood.

Then, we noticed a baby monkey had picked up a plastic bag that had fallen off the table. I took it away so it wouldn’t get hurt and because I didn’t want to leave trash there, and the baby’s mother freaked out and jumped at me, baring her teeth. We decided it was time to go.

It was odd, and we soon discovered that monkeys and buffalo are BFFs.

We fed the monkeys a bit more at the clearing where we entered the forest. One of the monkeys was brave enough to touch a human. Talia called him Mr. Softy-hands.  He was so sweet looking up at her for an apple.

But as soon as her back was turned, he jumped up and grabbed the apple core out of her hand! To add to the insult of being robbed, two monkeys decided to make sweet love on Talia’s motorbike, while another tried to get into my water bottle and my backpack. 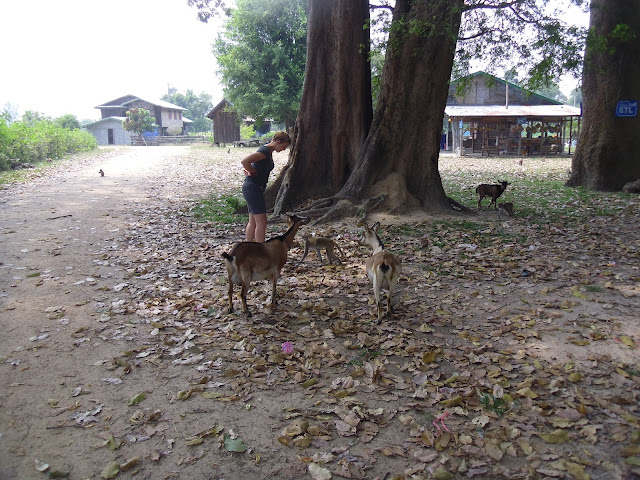 All in all the day was exciting and terrifying. And just to clarify, these were indeed wild animals. They were in no way tame. They were sort of like pigeons. They’ll take what humans give them, but they’re not going to hang around to be picked up or played with. Unlike pigeons, however, they have teeth and fingernails.

But aren’t they adorable? 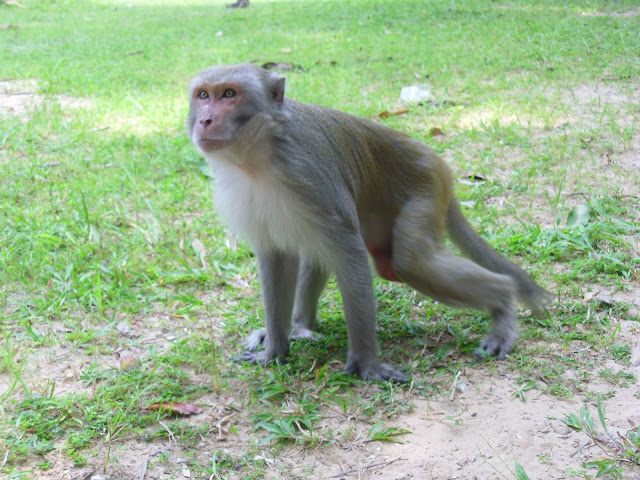 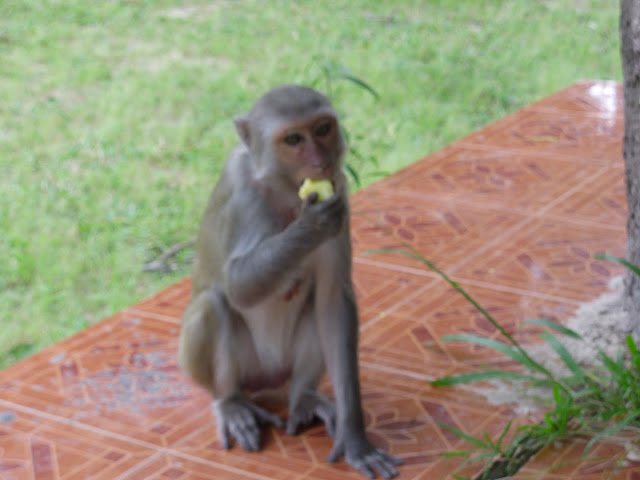 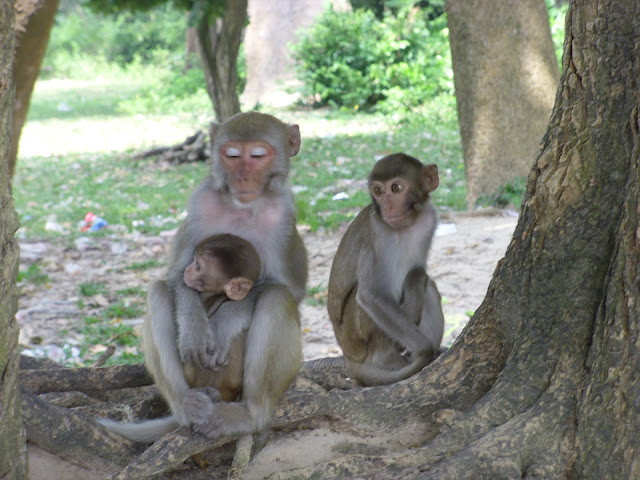