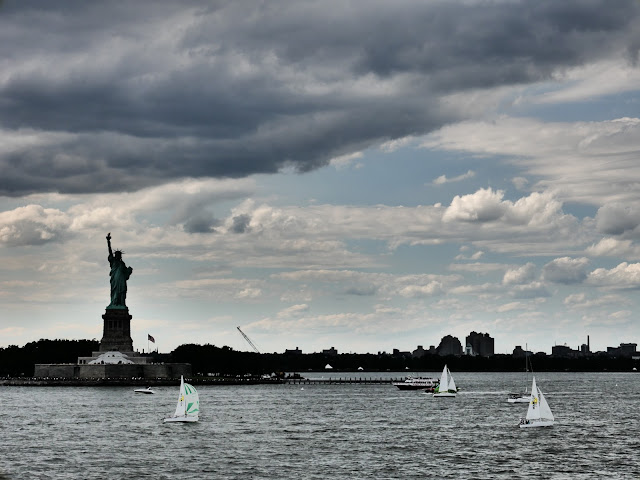 I have spent most of my life with a bitter hatred towards the United States.
I simply hated the U.S. because everything I had learnt and read about the US as a country and everything that it stood for was against what my moral compass told me was right, and it was strange to me that people would support something like that.

‘Why marry an American woman then?’ – Well, that’s a tricky question to answer, but, like with most relationships, politics were never in the foreground when Talia and I fell in love. We simply did and our backgrounds are what they are. Our nationalities had never been an issue before, or at least not while living in Asia. But all of that changed recently. You see, this year I got my green card.

I never wanted it. It had more to do with necessity than choice. I resented it down to my core and wanted to make sure that everyone knew that I hated this thing. I wanted it destroyed as soon as I got it. This may sound weird to a lot of people, because a lot of people see a green card as something to hold in high regard, something that is highly sought after. And for many people it truly is.

But to me it was a symbol of passive aggression. It was a government telling me that I wasn’t good enough because of where I was born. Having European dual citizenship and speaking several languages and being educated and talented means nothing, because I still had to queue for a card to allow me to live with my wife.

In July of 2015, just one month after our wedding, Talia had to move to the US to start work. I had to stay in Beijing and wait for my visa. It was the first time we had been apart for more than a day or two in our whole relationship, and it truly was difficult. It almost broke us, right after our wedding. It was probably the hardest few months I’ve ever spent in a relationship. I had to travel a thousand miles to do the visa interview and medical checks by myself (with a broken hand in a cast and a horrifying fear of needles) while working and preparing for my future in Houston.

I finally received my permission to enter the US and arrived with our dog Lilith in Houston in late January, my first time in the southern United States. I was welcomed by my wife and my mother-in-law at the airport (Thanks Karla!)  and collected Lilith from customs. I was deathly worried about the dog who, despite being on both my flights, I hadn’t seen in 30 or so hours. She sat on the tarmac in Doha in blistering Arabian heat and I was worried sick, even after we had arrived, that something may have gone wrong, but at least she was alive. I then climbed into the car, arrived “home,” and burned out hard on the couch in an apartment that was apparently mine.

The next few months passed very slowly. I wasn’t allowed to work for most of that year, driving licenses were dependent on the dates on my paperwork, which was religiously late, meaning I regularly had a driving license for two weeks and then none for a month, and all this in a place without a subway system, hilariously bad public transport, and horrific statistics on safety for cyclists. I was stranded in a place I didn’t want to be, with no friends, nothing to do, and nowhere to go. I hated Houston and everything Houston stood for.

I spent portions of my free time cooking for Talia. I tried to continue writing a novel that I’ve started a dozen times but can never finish. My only visible success was recording an album entirely in my apartment, something I had always wanted to do (you can listen to it here). Once my work permit arrived I had become so introverted and fearful of the outside world that I reneged on doing anything about it. I wanted to work, but I couldn’t. I could barely get out of bed or make food for my wife. Doing grocery shopping became the most difficult thing in the world.

Even once I started working in late January 2017, working two jobs full time, I still never felt home. The conversations people around me were having and the mentalities were, and largely still are strange to me, and I couldn’t identify with these people on any level. I started to make friends, but a lot of the relationships were friendly in the most basic sense. I couldn’t join in a lot of the conversations because I simply didn’t understand or agree with them. Nothing made sense to me in this strange place even after working a lot and spending a year and a half of my life there. I felt unwelcome; I felt fake.

Despite having traveled around the states with Talia during the summer, and truly enjoying cities like New Orleans and Las Vegas, most of the country outside of a handful of places seemed like pointless, cultureless nothingness that I couldn’t understand.

But recently I had a revelation.

Our second day in New York, Talia and I queued with the crowds for the Staten Island ferry. The hordes waited for the giant glass doors to open and Talia and I managed to be the first on the ferry. We chose a great spot on the upper deck to get a better view of the skyline.

The ferry crossed the bay to Staten island, departing the Manhattan skyline and skimming past the Statue of Liberty, and that was when it hit me. I realized what had gone wrong. It wasn’t the US that had been the thing I disliked this whole time, and to an extent it wasn’t even my attitude towards it. The problem this whole time had been our introduction to each other. We never truly savoured that initial handshake or kiss on the cheek.

We sailed slowly by the statue of Liberty and I remembered the words written at her base:

Give me your tired, your poor, Your huddled masses

And with that, everything left me like water flushing down a drain. I realized that this place had welcomed me, taken me in like it had for people like me for centuries. Irish people during the famine, starving, made the Atlantic crossing with empty stomachs. Hungry, they looked up from the deck of their ship to see this green lady hold her torch up high in the bay of New York. Their lives were dependent on this crossing and they had made it. Tears in their eyes, these people finally and collectively saw one thing: Hope. And here I was not just taking the same thing for granted, but disrespecting it. I had never even given this patch of foreign soil a chance to educate me about itself. 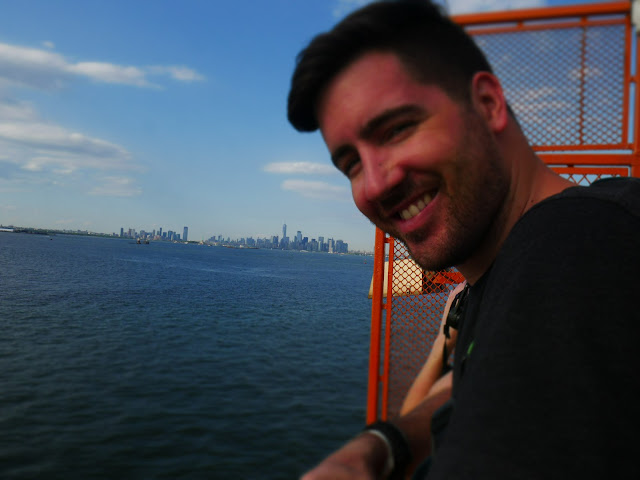 It was an odd sensation to be days from leaving the country, and finally feel like I had arrived. It does feel like now that I’ve left, I can finally start calling it home.

Interested in the immigration process with visas, green cards, time lines? Let us know in the comments and we'll write up our story!