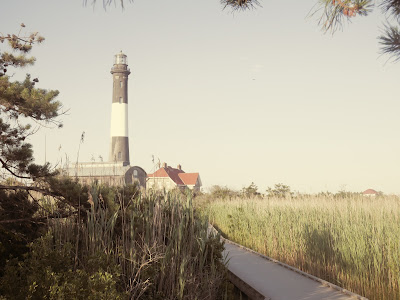 During our last trip, we knew we wouldn’t be able to afford to stay in Hong Kong on our budget but it was a must-see on our list of destinations. To help us stick to our budget, we decided to try out Couchsurfing for the first time. The idea of staying with a stranger was daunting and gave us a certain amount of trepidation. Would he be a serial killer? Would he hold us hostage? We decided to go for it anyway, because when you’re in your twenties you’re basically invincible.

Our host Alan was a CS first-timer just like us, making our meeting an important one for everyone involved. The initial awkwardness of meeting a new person dissipated quickly as he greeted us at the subway station and drove us to his home. We were not strangers in his home, or in his island. His openness mirrored the honesty of the country and its welcoming attitude. We went beyond the signs and lights and markets and saw hidden restaurants, villages and beaches.  This “stranger” betrayed that simple title and became a friend as quickly as we had ever seen.

This stranger-not-stranger mentality we found in Alan quickly became evident around the island. As we meandered the busy streets together while Alan was at work, we observed a man carrying two children in his arms and one in a buggy heading to the subway stairs. As he reached the stairs, a blind man was coming up them and clearly needed help being guided to the street. Without hesitation, the man rearranged the children in his arms in order to help him. These men were strangers, as far as we could tell, and yet the stranger-ness was gone between them. There was no barrier, no hindrance in their ability to help and be helped without expectation or obligation.

Months later, we arrived in Bangkok to meet a college friend of Talia’s father. Talia had heard of him and possible met him 20 or so years ago, but knew nothing of this man save for stories of infamous college shenanigans. Again, we found ourselves waiting for a stranger that was willing to open his doors to us and allow us into his home. And again, we were shown parts of a city that we otherwise would have never seen, and through him we met more people, more strangers, who have since become like family to us. He let us drive around the streets of Bangkok with his adopted son in his tuk-tuk. We fell in love all over again with a new city, thanks to the kindness of a “stranger.”

We have revisited the city several times, and even got married there, mostly because of our connection to warm people and the love that they have shown us, despite being initially strangers in a strange place.

We realized that this was a repeated pattern in our travels. The places that we came to love the most during our last trip were wonderful, but most of that came from the people that introduced us. These people have been open and warm and loving, and whether they are mirroring their surroundings or were a rose-tinted window that led to them is unclear. But what is clear is the connection between people we love and places we love.

This happened again, quite unexpectedly last Saturday, as Talia and I climbed off the plane at JFK international airport in New York with no preconceived notions or expectations of the city. We were open minded, but conservatively so. I didn’t want to like New York because I was supposed to, I wanted to like it because it would leave a lingering taste in my mouth that nothing else could replicate. Like a rare dish well cooked.

Unfortunately, the appetizer to the main course was quite unsavory. The plane was delayed over four hours; we were tired; we had waited, subway-ed, and walked, all while carrying 20kg (40lb) backpacks and now we stood on a dodgy street corner in Brooklyn, hoping that Talia’s college friend would show up before we got mugged or worse. We waited perhaps ten minutes when we hear a “Hey Talia!” from across the street. Dread dissipates fast when a friendly voice calls your name for the first time in Brooklyn at midnight.
The next afternoon Talia and I found ourselves in a car with three strangers laughing like silly teenagers on our way to the beach. We played volleyball, risked the icy cold of the North Atlantic, walked the beach past the lighthouse, joked about the Craigslist Ripper – whose victims’ bodies still appear on those dunes from time to time and who was never caught. We photographed baby foxes, we got sunburnt, and before I knew it, we had fallen in love again, and the strangers in the car were no longer strangers. 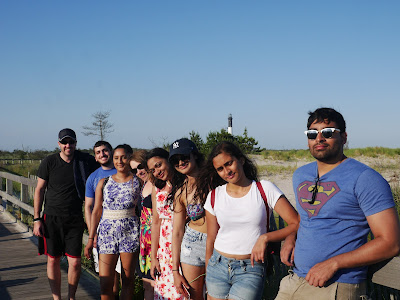 It was undeniable now.  Our attraction to a place is actually our attraction its people. Once again a city had opened its heart to us to offer us great people with whom we shared a short blip on a heart monitor. The city had given us what we needed before it even knew that we were coming, like some sort of auspicious omen.

In my very limited wisdom I’ve come to understand that it’s not necessarily the places we go that make us grow as people, be it in travel or in remaining stationary, but the people we meet. Only through the acts of strangers can we really reflect on what the world is to us and what it means to us. We reflect on ourselves and what’s important, and remember just how important interactions with strangers really are. We learn to sympathise, empathise, and, most importantly, grow.

In Ireland we have a saying: “There are no strangers, only friends we haven’t met yet.” It is nearly impossible to be a stranger while traveling. Every hostel, every bar, every train station bench holds people like you, or so unlike you that it is impossible to NOT have a worthwhile conversation.

The world is huge. With 7 billion people, that’s a lot of friends to make. Why wait? 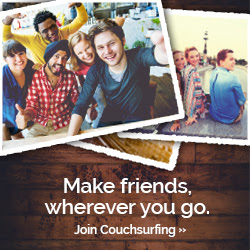