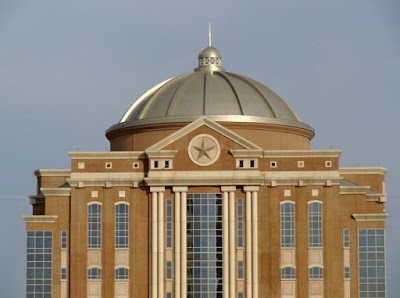 Rick, however, couldn't come with me.
As a non-US citizen, there were some stringent rules regarding his entry into the country and we wanted to do things legally and carefully in order to protect ourselves. That was a dumb idea.

We did a lot of research and saw that we had a couple of choices for getting him into the country: a fiancé visa or a spouse visa. We knew we wanted to get married (or at least have the wedding) in Thailand but knew that we couldn't apply for a spouse visa until after we were officially married. We didn't have time to plan a destination wedding and give our families enough of a heads-up if we had it soon after we got engaged. We also knew that I had to be in the US in July.

If we wanted to get married legally in Thailand we wouldn't be able to apply for the spouse visa until AFTER the wedding. The visa process takes months; I had to be in the US only 3 weeks after returning from the wedding.

So, we thought about it and decided to apply for the fiancé visa ASAP and hope that it would be available by the time I had to leave.

Long story short, it was nearly a year from application to Ricky getting to the US.

Fiancé visa rules state that you have to get married within 90 days of the fiancé entering the US. I assume that's for couples wanting to have a, you know, real wedding. But we already had ours.

After getting a social security for the man, we went to get the marriage license, and a few days later went to get married.

Since we already had a big wedding and already considered ourselves husband and wife, we just wanted the piece of paper signed to make it official.

So, on February 17, I rushed out of work, picked up Ricky and drove downtown to the nearest judge that didn't require appointments. After security (metal detectors in the courthouse?) and a bit of meandering, we found a lady judge who was free.

The receptionist informed us that the judge charged a $70 fee for her time. We handed over the cash and were escorted to the courtroom. The receptionist asked if we had friends coming. Nope. Did we want pictures? Nah. We just wanted it done.

Miss Judge: Hello there. Are we expecting anyone to witness today?
Us: Nope.
Miss Judge: Did you want anyone to come in and take photos for you?
Us: No, we're ok.
Miss Judge: ??
Us: Actually, we already had a ceremony a few months ago, with family and friends. It was in Thailand, very beautiful. We just couldn't get it done legally for a few reasons. Long story. We just want to be legally married.
Miss Judge: Oh really? Well, I guess I don't really need to say my whole spiel. I'll just sign it. And...let me just give you your money back.
Us: Wow, really? Thank you so much!

Miss Judge signed our certificate, handed our cash back and we were out the door and back to the car in less than 20 minutes.