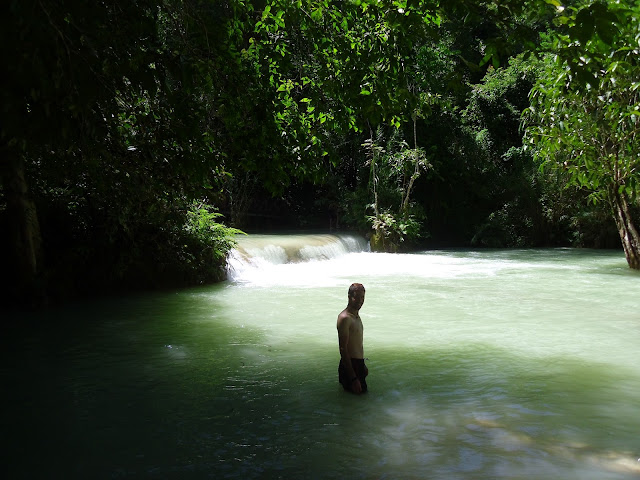 I heard somewhere, I think it was when I was in College, that when a person takes heroin for the first time, they get a certain kind of high. What makes this specific high unique, apart from it being the first time, is that it is the greatest most amazing feeling and can only be felt exactly like that once.

Once the user becomes an addict and starts to abuse the drug on a regular basis, the high that the user felt the first time seems to go further and further out of grasp. That first high was an amazing feeling and becomes impossible to match no matter how much the user tries.

This, in drug terms, is called "chasing the dragon".

I tell you this because Talia and I have been chasing a different type of proverbial dragon since we were young. This is one of the main things that we have in common and brings us together.

When we started in China and we saw some of the most amazing things like the giant Buddha at LeShan and the last bastion for giant pandas in the panda reserve in Chengdu, we got a little sliver of flavor for what we wanted to experience. We had a taste test for travel in Asia. When our time in China came to an end and we entered Laos in August last year our expectations were almost non- existent and we were fresh and open to new experiences.

As it turned out, we loved Laos. We loved the hell out of Laos. In fact, we loved it so much that if I had a million dollars I would open a small noodle shop, only open when I felt like it and live my days away in what we thought was the most amazing, beautiful, bountiful country in the world that we have seen.

The people of Laos are very happy, despite having very few material goods. They don’t know much about the outside world and they don’t feel the need to learn much about it. Life in Laos is slow and simple and can be therapeutic and relaxing to the extreme. Children play beside the road, followed by dogs and chickens while huge buffalo laze in shallow pools of muddy water. Places like the Monkey Forest show off the astounding fertility of the land as new mothers carry their infants through the trees in a small forest surrounded by bright green rice fields. There is a life and vitality in Laos that we hadn’t experienced elsewhere.

This was our dragon.

We had been in living in China for so long that when we began to travel, some of the novelty had already worn off. But when we left and entered Laos we felt a rush, an exhilaration of sorts. This was new and different and unfamiliar, almost like a dream.  We were experiencing it together and we both fell into a sort of trance; we were mesmerized by the land and people. I think somehow, deep down, we knew that nothing could be better than this.

After Laos we visited Cambodia, which I was excited about. Unfortunately, it didn’t live up to expectations (I know it’s hard to generalize an entire country but any urban centre in Cambodia just seemed to be filled with corruption and greed, though once we found a secluded beach we were happy enough!)

After Cambodia, we went to Thailand, then Laos again and now Vietnam. Though we haven’t really given Thailand a good run (we were only there for two weeks), we still haven’t felt that “buzz” Laos gave us.

In Laos, there aren’t that many huge sights to see like the Great Wall of China. It’s landlocked so there are no beaches like Cambodia or Thailand, the food is pretty average and unexciting, most people don’t even have electricity. But there’s just something about that place. Something inexplicable, something supernatural like our own Bali’ Hai.

I know after I settle down for another year in China, and I start to travel once more thereafter in other continents and other parts of Asia, I will find a new dragon to chase. I know if I buy a minivan and drive around Europe for a few months I will find a new Bali’ Hai which I will love unconditionally for reasons I can’t explain, but for now, Laos is where my heart lies.

Laos is my south-east Asian oriental Dragon which many places will have difficulty living up to.
at February 11, 2013